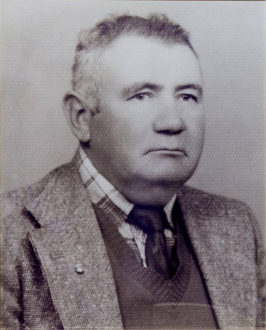 When João Serra wrote “Crónicas dos anos 50/60 [Chronicles of the 50s and 60s],” from which this except was taken, we could barely imagine that the sounds it evokes would be continued for many of us in the obscure village of Palaçoulo by a young man from Trás-os-Montes.

The sledgehammer, the iron, and the anvil, for a long time these major elements of a forge were José Maria Martins’ faithful companions at daybreak.

He was born on May 31, 1930, in the bosom of a family with humble origins, but rich in values. His entrepreneurial spirit and his combative spirit directed him towards a life of conquests and sharing.

On June 5, 1954, he receives a Blacksmith degree from the School of Veterinary Medicine in Lisbon and returns to the land of his birth to embrace this noble profession.

In order to combat the seasonal nature of blacksmithing activities, he starts to make cutlery items in his free time, which at the time he provided to Farmers.

With the passing of the years and the mechanization of agriculture, José Maria Martins dedicates himself exclusively to Cutlery activity, lends his name to the brand, and creates a production unit, which over time has taken his articles to the 4 corners of the world.

He passed away on April 7, 2016, leaving as his main legacy the values that he had inherited from another time: simplicity, loyalty, and coherence, which he also chose as his life’s motto.